Unfolding ubiquitin: what breaks when?

Or we can look at the unfolding, the force profile, and the contact maps together:


Animations are always really useful, but if we want to classify trajectories, or have a quick overview, it is better to summarize all the frames in one plot. ConAn has several time-encoded contact maps, for example, on the total interaction time: 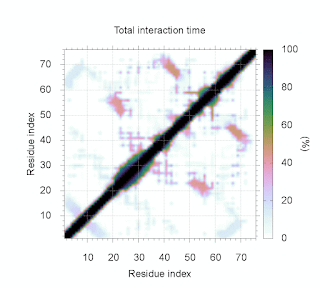 This shows that there are roughly speaking three groups of contact losses:

We can also encode the initial secondary structure to easier interpret this plot (ubiquitin is formed of an helix and four beta strands): 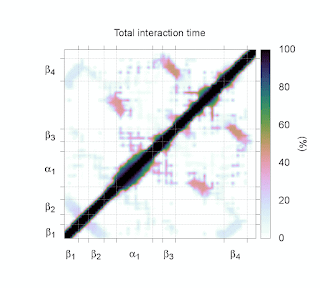 Another option is a time-encoded plot of last encounters: 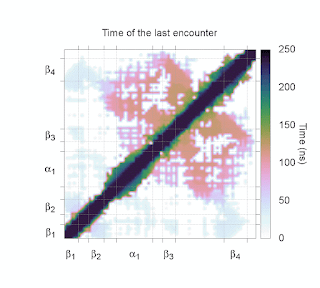 The contacts are more widespread in this case as short-lived intermediates form residues 25-70 appear.

In case you are studying folding instead (or non-native intermediates during unfolding), you will also find the opposite plot interesting, i.e., time of the first encounter: 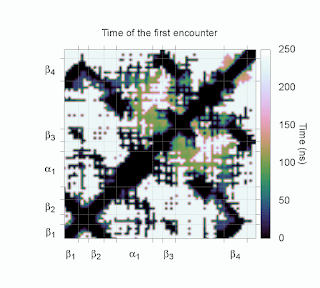 If we had several different trajectories, any of these 3 statistics (although probably the total interaction time would be the best) could be a good basis for clustering them, either "by eye" or by some more sophisticated method.
Posted by Csaba Daday at 8:35 AM